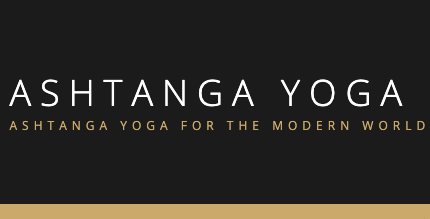 Today, in led Primary class, our teacher stopped us. There were people in the group, who in Mysore class, practice Third Series, but she stopped us all. Somewhere around Bujapidasana, it started to fall apart. We started to talk about this tug of war between what we thought we should be doing and what we actually should be doing. The gap between what our mind wants and what our body needs.

Ashtanga often gets a bad rap because people don’t want to be honest about the gap between the pose that is being presented and what their body can actually do on that given day. Unfortunately, two things usually happen. People either force themselves to look like the pose or they quit. Ashtanga is not asking us to do either one.

The premise of Ashtanga is that you learn each pose one by one. When you get to a pose that is not working with your body, your teacher assesses the reason for this. They will than make the decision to either stop you there or give you an approximation of the pose and let you move on. This is how we stay safe when we practice Ashtanga.

The problem is that instead of seeing this as an amazing way to stay safe and slowly build a practice, the ego sometimes sees it as a failure. The story in the mind is,

“the body is failing me by not allowing me to do this. What is wrong with me? Why am I not like the others? I should be able to do this!”.

“Ashtanga is failing me because the poses it contains are obviously not right for me. Obviously, if I cannot do these poses, they are dangerous and unsuitable for my body. I should do something else”.

“Mysore is failing me. I will do guided so I can learn all the poses and get my work out in. Then I will come back to Mysore class”.

The story gets even thicker when you actually have been given the poses but they are taken away due to injury, life changes and/or illness. The pain of having something and than losing it can be even worse than never having it at all. Yet that is the practice.

Ashtanga is asking us to patiently practice every day and bear witness to how the mind and body changes. When we are able to do that, we practice moving meditation. Yoga is the cessation of the fluctuations of the mind. When you want to push and you know you shouldn’t, this is the training ground for the mind. This is when the yoga begins. Pulling back doesn’t necessarily mean that you stop practicing yoga for awhile or forever. That is actually the easy way out. By not practicing, you avoid the work. The practice is getting on the mat and facing the fact that your old injury is back. The practice is getting on the mat and dealing with the looks, real or imaginary, you feel you are getting from others as you have to go back to half primary after you had finally made it to the end. The practice is dealing with the disappointment that it may be another year before you see Second Series. The practice is stopping at Bujapidasana on Led Primary day because you are bone tired even if you normally practice Third Series.

When you truly understand that yoga is a lifetime practice, you realize that you can take your time. It is the ego that is telling you to push your leg into lotus when your knee hurts. It is the ego telling you that doing Sun A ,Sun B and the last few poses are not enough of a practice for you. It is the ego telling you that there is a deadline for you to get a pose, a series or a new posture. The belief that there is a beginning , middle and an end to your practice is the main reasons injuries happen. When you can say, ” my body hurts. I will stop here and start again tomorrow.” You are on the right path. When you find yourself saying, ” I hurt but I am going to push” then you have taken a wrong turn and it is time to check in.This is one of the reasons that the yogis asked us to practice daily. They understood that there would be days like this. The problem is that we don’t accept this truth.